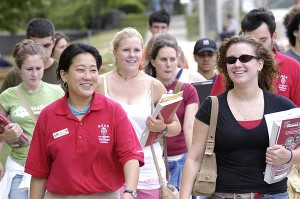 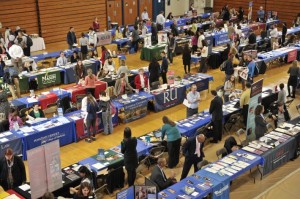 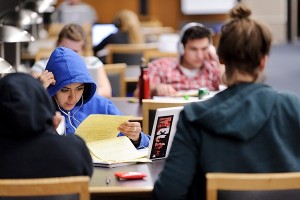 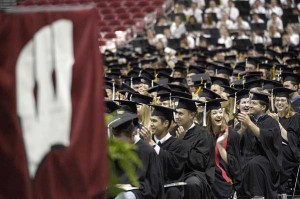 For whatever fall semester that you intend to enter law school, applications for that cycle become available in or around September one year prior. Application deadlines vary, but most range from early to late spring, 4-6 months before classes start. Because law schools use a rolling admissions process, it is not in your best interest to wait until a school’s deadline to apply. Rolling admissions means that law schools start evaluating and deciding on applications in late fall, approximately 9-10 months before classes start and well before the application deadline. Applying relatively early in the admissions process may increase your likelihood of admission because at the beginning of the process you are competing against a smaller pool of applicants for a larger number of available spots than you would later in the process.

Ideally, you should plan to apply no later than Thanksgiving unless (1) that does not give you sufficient time to prepare a strong application, or (2) you need to take the December LSAT. In more competitive years, the timing of your application was more critical to your likelihood of admission; however, the 2012-2014 application cycles have seen the fewest number of law school applicants in three decades. So it is more important that you submit a strong application than an early one. Nevertheless, you should try to submit an application that is both strong and early.

To submit applications by late November, you need to have an LSAT score on file by that time. The LSAT is offered four times per year (February, June, September/October, and December). Applicants frequently take the LSAT for the first time in September/October, 11 months before they want to enter law school, but that timing is not ideal. Applicants should use the fall to work on law school applications. In the absence of complicating factors, applicants should plan to first take the LSAT no later than June, 15 months before entering law school. Separating LSAT preparation from application preparation helps to reduce stress and allows applicants to devote greater time and attention to each. Further, by taking the June LSAT, applicants may retake the LSAT in October if necessary without any resulting delay to applications.

If it is not possible to take the June LSAT 15 months before you plan to enter law school, then aim to take the September/October LSAT, a little less than one year before you plan to enter law school. The September/October test is less ideal because if you are unhappy with your score, you will have to wait to retake the LSAT in December. This will push your application submissions to January. That’s not ideal, but it’s not terrible either. So don’t panic if this becomes necessary.